‘The Dreams of Robert Stephenson’ – an unpublished book

An idea put together for an exhibition about the life of Robert Stephenson, famous engineer and builder of bridges. This imaginary book contains his ideas for the building of the Royal Border Bridge, constructed 1847-50, which spans the River Tweed between Berwick upon Tweed and Tweedmouth and which, in earlier years, marked the border between England and Scotland. It was here, albeit on an older bridge, that James VI of Scotland first crossed into England on his way to London where he would be crowned King of Great Britain, the Union of the Crowns, in 1603. 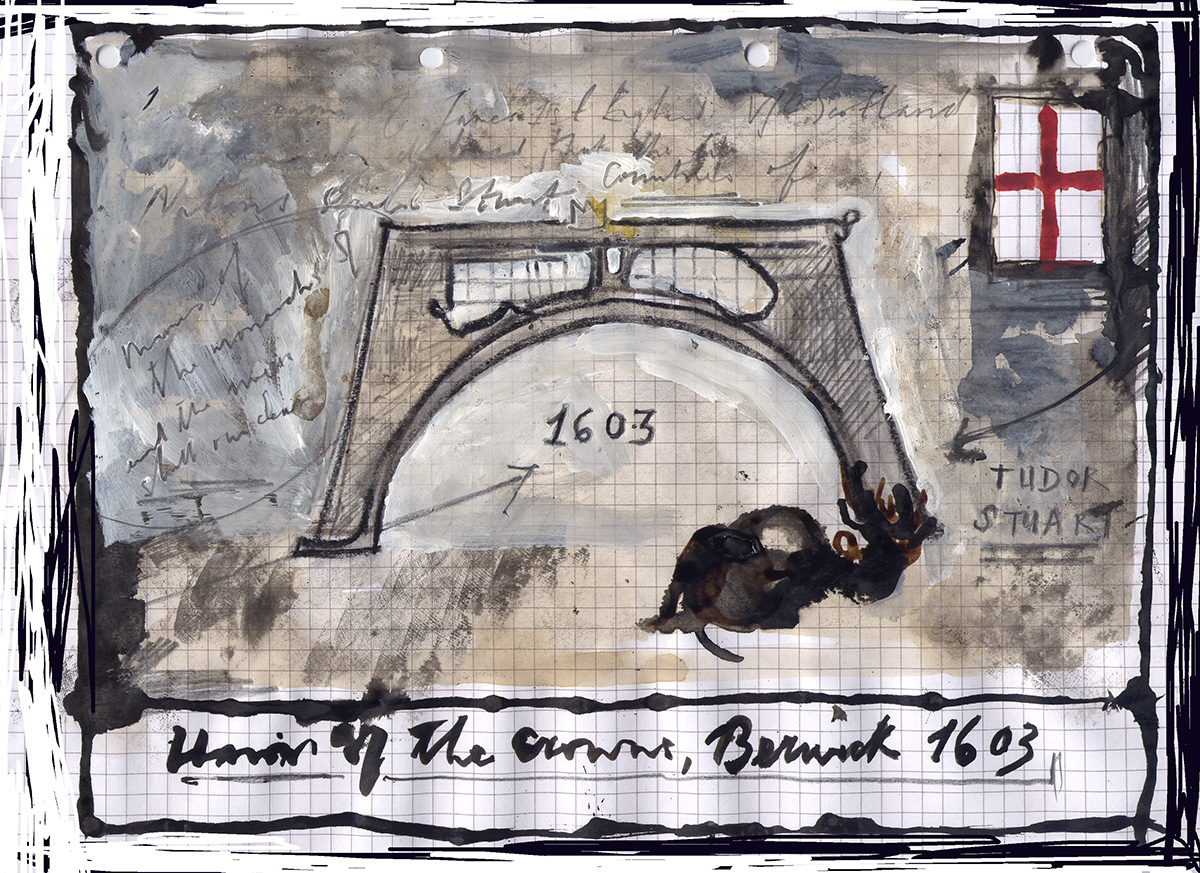