‘The Monstrous Child’ by Francesca Simon, published by Faber, 2016

‘A stunning, operatic and epic drama and a far cry from the Horrid Henry series of books which Francesca Simon is so well known for. This story centres on Hel, an ordinary teenager, goddess of the Underworld, Daughter of a giantess and a god, and, as if that wasn’t bad enough, sister to Fenrir the Wolf and Jormungand the snake. But Hel tries to make the best of it, creating gleaming halls in her dark kingdom and welcoming the dead who she is forced to host for eternity. Until eternity itself is threatened’.

Olivia was commissioned to create a cover artwork and a series of illuminated letter designs. Drawing on characters from the Norse myths, Olivia created a series of tiny etchings depicting some of the ‘nine worlds’, the world tree Yggdrasil, and an alphabet made of bones.

Here is a gallery of work in progress for the cover design and ‘illuminations’: 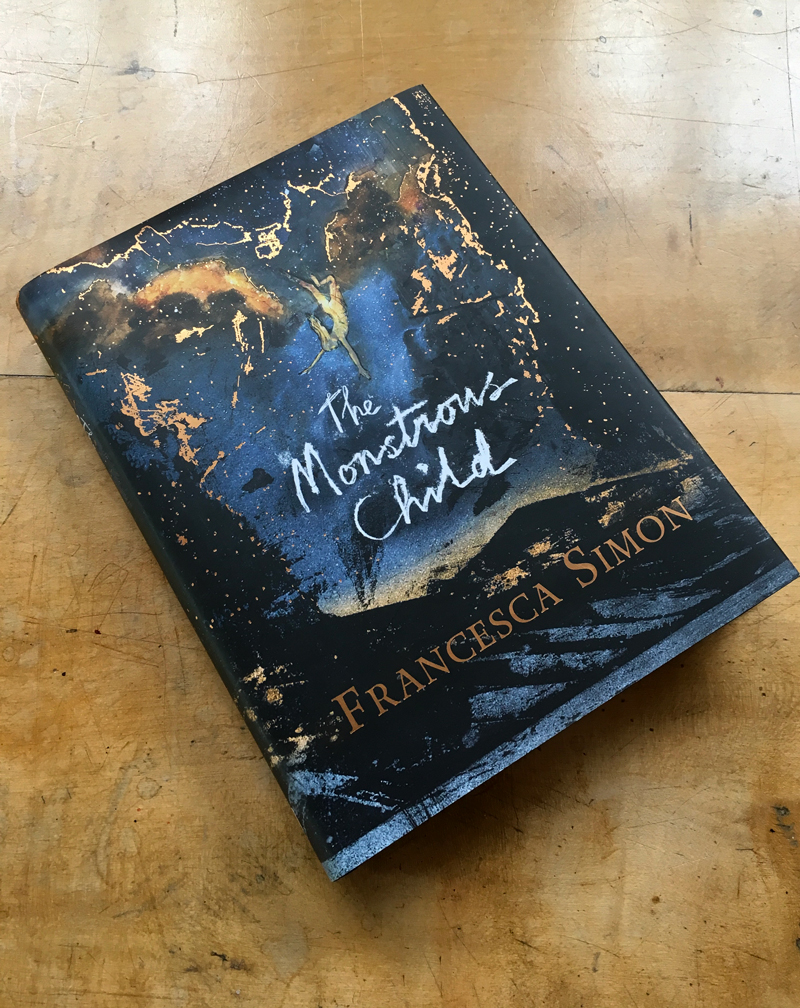